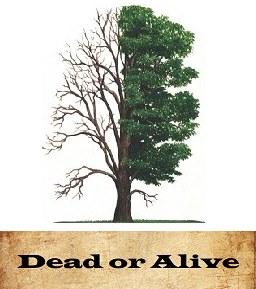 The proverbial “Wanted…” poster from the American “wild west” aptly describes the spiritual state of each and every human being created by God. That is, you are either dead to the Triune God and therefore self-centered; or you have been made alive by the power of the Holy Spirit in Christ Jesus to the glory of God the Father.

Let me explain. We don’t start out with a “clean slate”. Since Adam & Eve, humanity is fallen. For all have sinned and fall short of the glory of God (Romans 3:23). Borrowing a term from information technology, it can be said that spiritual death is our “default” state of being. The standard theological terminology for this includes unregenerate; unconverted; dead in trespasses and sins. Conversely when one is made alive by the grace of God (cf Ephesians 2:1), that person is given new Spiritual life, and then said to be regenerate; converted; born again. This is the first resurrection (Revelation 20:5). Everyone will be raised from physical death on the last day, but only those who have had a part in the first resurrection will enter into the heavenly rest of eternal life. Unless one is born again, he cannot see the kingdom of God (John 3:3).

Almighty God, our Creator Who is blessed forever, has decreed these and all things according to the pleasure of His will and for His glory; He has revealed them to us in His word, the Holy Bible. Do you believe this? Well that depends on whether you are dead or alive. In fact, that is how you can know your spiritual state, if you embrace God’s word or not. But what does it say? “The word is near you, in your mouth and in your heart” (that is, the word of faith which we preach): that if you confess with your mouth the Lord Jesus and believe in your heart that God has raised Him from the dead, you will be saved (Romans 10:9-10).

True Christians are those who have been made alive to the living God, those who bear the name of Jesus Christ… as many as received Him, to them He gave the right to become children of God, to those who believe in His name: who were born, not of blood, nor of the will of the flesh, nor of the will of man, but of God (John 1:12-13). Indeed, the Spirit Himself bears witness with our spirit that we are children of God (Romans 8:16).

All of God’s creation and creatures, made for His glory, are under His sovereign control since before the foundation of the world. Those who would be quickened from the fallen state of spiritual death to new life in Christ Jesus was divinely predetermined in eternity past (supralapsarian view). This is a great act of mercy because no one deserves to be so saved. Without God acting first, salvation cannot be simply chosen by us, nor can it even be earned. For by grace you have been saved through faith, and that not of yourselves; it is the gift of God, not of works, lest anyone should boast (Ephesians 2:8). It should be obvious that no one who is spiritually dead is able to make a decision to be spiritually alive, just as that is confirmed by the obvious fact that not everybody is saved. This is known as the doctrine of election. So then it is not of him who wills, nor of him who runs, but of God who shows mercy (Romans 9:16).

Throughout history and continuing to the end of time God calls to Himself His people to pass from death into life. The bounty hunters of the American pioneer towns were the agents for bringing in those wanted by the law. Analogously, God uses the preaching of His word by His people to lost (dead) souls as the means ordained to be instrumental in the Holy Spirit’s work of bringing many to be saved (alive). This miraculously transformational work which the LORD brings to pass in His own good time according to the purpose of His will is irresistible and undeniable to those so called. All people everywhere are in fact commanded to repent and believe this gospel, and everyone is likewise responsible to throw themselves upon God’s mercy and be saved, but some remain in proud rebellion against God’s word. These whom are passed over for salvation are vessels of God’s wrath, and most importantly, only salvation wrought by the Spirit of God delivers souls from an eternity of misery in Hell which is called the second death, when — after we die physically — it is too late to be saved. Therefore behold, now is the accepted time; behold now is the day of salvation (2 Corinthians 6:2)!

Our God and our Father, we pray that You will continue to let Your glory unfold mightily in the advancement of Your kingdom here on earth, by the individual conversion of many lost souls whom are dead in trespasses and sins, to be made alive by Your grace through faith in the gospel of Jesus Christ as revealed in Your word, by the power of the Holy Spirit. Let Your word go forth in power as Your people are made zealous for sharing these truths with the lost, so that they should seek the Lord, in the hope that they might grope for Him and find Him, though He is not far from each one of us (Acts 17:27), that they would search the Scriptures to see if these things are so, that they may be spared from Your just wrath and given the gift of faith that they may inherit eternal life. And this is eternal life, that they may know You, the only true God, and Jesus Christ whom You have sent (John 17:3). Amen.

But grow in grace, and in the knowledge of our Lord and Saviour Jesus Christ.To Him be glory both now and for ever. Amen. (2 Peter 3:18) 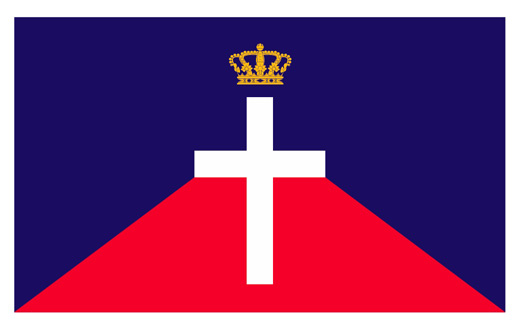